Rashard Quovon Lewis (born August 8, 1979) is an American former professional basketball player. Lewis entered the NBA directly from Alief Elsik High School. He rose to prominence in the NBA as a scorer with the Seattle SuperSonics, and was later a member of the Orlando Magic, Washington Wizards, and Miami Heat. He garnered two NBA All-Star selections, one with Seattle and another with Orlando. Lewis reached the NBA Finals three times (2009, 2013, and 2014), winning an NBA championship in 2013 as a member of the Heat.

Lewis was born on August 8, 1979, in Pineville, Louisiana. He played high school at Alief Elsik in Houston, Texas. Rashard was recruited by colleges such as Florida State, Kansas, and Houston. However, Lewis decided to skip college and enter the NBA Draft. In 1998, he was named USA Mr. Basketball.

Lewis entered the 1998 NBA Draft. He was drafted by the Seattle SuperSonics at the 32nd overall pick. He wore the number 7 for Seattle. Lewis was selected in his first All-Star Game in 2005. While Lewis played for Seattle, he made three playoff appearences.

On July 11, 2007, Lewis agreed to a sign-and-trade 6 year $118 million contract deal. In his first season in Orlando, Lewis was moved from his usual small forward position to power forward. That year, he made 53 more three-pointers than he had in his career. During the playoffs, the Magic reached the second round, with Lewis contributing a 33-point performance against the Detroit Pistons in Orlando's only win of the series. Lewis was the Magic's top scorer in the playoffs and set personal records in points, rebounds, and assists. Lewis started the 2008–09 season as the team's second leading scorer, earning an appearance in the 2009 NBA All-Star Game. In the 2009 NBA Playoffs, Lewis hit a game-winning shot in the first game of the Eastern Conference Finals against the Cleveland Cavaliers, what he called the biggest shot of his career. The Magic won the series and advanced to the NBA Finals for the first time since 1995, where they were defeated by the Los Angeles Lakers in five games. Over his career, Lewis holds an average of 16.1 points per game, with his career high of 22.4 points per game coming in 2006–07. On August 6, 2009, Lewis was suspended without pay for the first ten games of the 2009–10 season after testing positive for a banned substance. 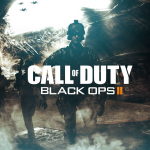