Basketball Wiki
Register
Don't have an account?
Sign In
Advertisement
in: Team color templates, Born in 1969, Retired,
and 19 more

Samuel James Cassell Sr. (born November 18, 1969) is an American professional basketball coach and former player who currently serves as assistant coach for the Philadelphia 76ers. Drafted 24th overall in the 1993 NBA Draft out of Florida State, Cassell played for eight different teams during his 15-year career. He was selected to the NBA All-Star Game and All-NBA Team once, both in the 2003–04 season. He played the point guard position.

In his first two seasons, he helped the Houston Rockets win back-to-back championships in 1994 and 1995, and won a third with the Boston Celtics in 2008, before retiring the following season. He also helped the Milwaukee Bucks and Minnesota Timberwolves reach the Conference Finals of the playoffs in 2001 and 2004 respectively, the latter's first-ever in franchise history, and helped the Los Angeles Clippers to their first-ever playoff series victory in 2006. Known for his mid-range jumpshot, Cassell often made clutch baskets late in the fourth quarter to help his team win games.

Cassell with the Clippers. 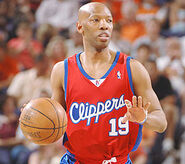 Cassell once again with the Clippers. 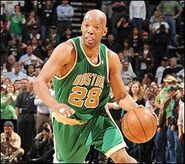