Small forwards are primarily responsible for scoring points and also often as secondary or tertiary re-bounders behind the Power Forwards and Centers, although a few who play as Point Forwards have considerable passing responsibilities. Many small forwards in professional basketball, however, are prolific scorers. The styles with which small forwards amass their points vary widely, as some players at the position like the Hornets' Peja Stojaković are very accurate straight up shooters, while others like the Houston Rockets's Ron Artest prefer to "bang inside", initiate and/or not shy away from physical contact with opposing players, while others are primarily slashers such as Carmelo Anthony and LeBron James. One common thread between all kinds of Small Forwards is an ability to "get to the line", that is have opposing players called for committing shooting fouls against them, as fouls are frequently called on the defense when offensive players "take the ball hard" to the basket, that is, aggressively attempt post-up plays, lay-ups, or slam dunks. Therefore, accurate foul shooting is an imperative skill for Small Forwards, many of whom record a large portion of their points from the foul line.

Defense is often a major priority for Small Forwards, who are often counted on using their athleticism and size as defensive advantages. Shawn Marion of the Miami Heat and Tayshaun Prince of the Detroit Pistons who with their length and athleticism are able to guard any position on the floor and are often called upon to do so. Bruce Bowen of the San Antonio Spurs, while not a star offensive player, is a masterful and tenacious defender, both on the perimeter and closer to the hoop. Former Small Forwards known for their defensive abilities include Scottie Pippen, one of the best one-on-one defenders in the NBA for most of his career. 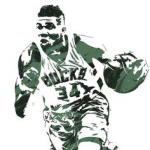 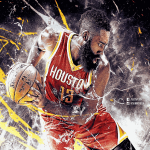