Basketball Wiki
Register
Don't have an account?
Sign In
Advertisement
in: Born in 1977, Retired, Point Guards,
and 13 more

Steven D'Shawn Francis (born February 21, 1977) is an American retired professional basketball player in the NBA. Nicknamed "The Franchise", he is known for the flashy use of crossovers and dunks.

Francis grew up in Takoma Park, Maryland with little money and no father. When his mother died of cancer in 1995, his grandmother raised him. He stopped playing basketball for 2 years after his mother's death.[1]

He attended San Jacinto College in 1997 and Allegany College of Maryland in 1998. Francis became the first player to take two unbeaten teams into the National Junior College Tournament.[1]

Francis transferred to the University of Maryland in 1998 for his junior season. The addition of Francis helped propel the Terrapins to a #5 preseason ranking. Francis made an instant impact as Maryland's starting shooting guard, scoring 17 points in the season opener against Western Carolina. Francis and the Terps gained national attention with impressive showings in the Puerto Rico Shootout and a 62-60 win over #5 Stanford in the BB&T Classic. The Terps climbed to a #2 national ranking by early December.[2]

The Terrapins finished second in the ACC and Francis was named to the All-ACC first team and the All ACC Tournament team. The Terrapins were a number 2 seed in the NCAA tournament but were defeated by St. John's in the Sweet 16. Under Francis' leadership, Maryland finished with a school record-setting 28 wins and only 6 losses and were ranked #5 in the final Associated Press poll.

Francis finished the season averaging 17 points per game, 4.5 assists per game, and 2.8 steals per game. He was a consensus second-team All-American and was named a finalist for the Wooden and Naismith Player of the Year Awards. Although he stated he was "99% sure" he would return to Maryland for his senior season, he opted to enter the NBA draft.

On February 17, 2002, Francis' #23 jersey was honored (but not retired) by Maryland in a ceremony preceding the game against the #1 ranked Duke Blue Devils.[3] Francis sat on the team's bench during the game and cheered as the Terrapins upset the Blue Devils 87-73.

Francis, out of the University of Maryland, was the second overall pick in the 1999 NBA Draft by the Vancouver Grizzlies. He publicly announced that he did not want to play for the Grizzlies, citing the distance from his Maryland home, taxes, endorsements, and God's will. Francis was heavily criticized for his antics, especially in Vancouver.[4] Francis did relent somewhat, as he briefly considered joining the Grizzlies, but after contentious negotiations, and an incident at the Vancouver airport, the Grizzlies and Francis decided they needed to part ways.

Francis got his wish when he was subsequently traded to the Houston Rockets that summer in a three-team, 11-player blockbuster deal that brought Michael Dickerson, Othella Harrington, Antoine Carr, and Brent Price, plus first and second-round picks to the Grizzlies. It was the largest trade in NBA history.[5] He and Elton Brand shared Rookie of the Year honors,[6] and Francis was the runner-up to Vince Carter in the 2000 Slam Dunk Contest.[7]

Despite the individual accolades, the Rockets finished with a 34-48 record in his rookie season. In his second year, the Rockets improved to a 45-37 record, but still missed the playoffs. In his 3rd year, Francis played in only 55 games due to a foot injury and recurring migraines due to Meniere's disease.[8] However, he was voted in as a starter by the fans for the 2002 NBA All-Star Game for the first time in his short career. Despite this, the Rockets posted a 28-54 record which helped win the draft lottery and land them the first pick. In 2002 NBA Draft, they chose 7'6 center Yao Ming. Steve and Yao gelled together in their first season together and they both were selected as starters in the 2003 All-Star Game. On January 17, 2003, Francis scored a career-high 44 points in a nationally televised game against the Lakers.[8] The Rockets posted a better record, 43-39, but it wasn't enough to get them to the playoffs.

The Rockets finally got it together in 2003-2004 season. When Rudy Tomjanovich stepped down in 2003, Jeff Van Gundy became the replacement coach. Jeff Van Gundy's coaching style did not fit Steve's style of play, even though he made the All Star game in the 2003-04 season; his stats declined from 21.0 PPG 6.2 APG 6.2 RPG to 16.6 PPG 5.5 RPG 6.2 APG. The Houston Rockets made the playoffs that year in 2003-04, their 1st playoff berth since 1999 and Steve Francis's only playoff appearance. Despite Francis's performance in the playoff series, averaging 19.2 ppg, 8.4 rpg, and 7.6 apg, the Rockets lost to the Los Angeles Lakers, 4 games to 1. As his relationship with coach Van Gundy deteriorated, it was apparent that the Rockets franchise wanted to go in a different direction. Ultimately, coach Jeff Van Gundy sought to make Yao the focus of the Rockets' offensive attack. However, rather than focusing the offense on Yao, the Rockets traded Francis and others for Tracy McGrady.

On June 29, 2004, Francis was traded to the Orlando Magic along with Cuttino Mobley and Kelvin Cato in a seven-player deal that sent Tracy McGrady, Juwan Howard, Tyronn Lue, and Reece Gaines to Houston.[9]

At first, Francis was unhappy with the trade, but adapted to his new environment. Francis flourished in the "run n' gun" offense of interim head coach Chris Jent. After posting a career-low 16.6 points per game the previous year with the Rockets, Francis averaged 21.3 PPG, 7.0 APG and 5.8 RPG in his first season with the Magic. The Magic started out the year fast in the 2004-05 season, with Francis hitting several game-winning shots early in the season.[10][11][12] In the middle of the season, Mobley was traded to the Sacramento Kings, which upset Francis.[13] The Magic slumped late and missed the playoffs.

The following season, a disgruntled Francis was suspended for conduct detrimental to the team.[14] On February 5, 2006, there were rumors that he could be traded to the Denver Nuggets for Earl Watson but they were later dismissed and GM Otis Smith publicly announced that he would not trade Francis.[15] However, rumors persisted that Francis would be traded to the New York Knicks, Los Angeles Lakers, Minnesota Timberwolves, and Denver Nuggets.[1]

On February 22, 2006, one day before the NBA's trade deadline, Steve Francis was traded to the New York Knicks for small forward Trevor Ariza and the expiring contract of shooting guard Anfernee "Penny" Hardaway.[14] Prior to the trade, the Denver Nuggets reportedly offered both Watson and Kenyon Martin for Francis, but the deal never took place.[16] He made his Madison Square Garden debut on Friday, February 24th when the New York Knicks faced the New Jersey Nets, and scored 16 points in a 94-90 loss for the Knicks. He wore jersey #1 with the Knicks as his usual #3 was already assigned to Stephon Marbury.[17] Francis has endured a recurring injury, tendinitis in his right knee, and as a result began the 2006-07 season averaging only 11.3 ppg, as opposed to his career 18.4 ppg. He returned on February 10, 2007 vs the Utah Jazz. On March 10th, Francis hit a game-winning 3-pointer at the buzzer against the Washington Wizards, ending one of his best games as a Knick in front of his hometown. On 2007 draft night, June 28, the Knicks traded Francis and Channing Frye to the Portland Trail Blazers for Zach Randolph, Dan Dickau, and Fred Jones,[18] who then bought out the remaining two years of Francis's contract for a reported $30 million, making him an unrestricted free agent.[19]

The Miami Heat, Dallas Mavericks, Houston Rockets, and the Los Angeles Clippers pursued Francis.[19] On July 20, Francis chose the Rockets; signing a two-year $6 million contract with them, although the Heat offered the most money.[19] However, he has failed to make Rick Adelman's rotation coming out of the preseason. He averaged 5.5 points and 3 assists in ten games before undergoing season-ending surgery stemming from an earlier left quadriceps tendon injury.[20]

Francis used his contract option to come back to the Houston Rockets for the 2008–09 NBA season. He lost 15 pounds for training camp, but he was not able to play in the beginning of the season due to the recovery period of his injury.[21]

The Houston Rockets traded Francis to the Grizzlies on Christmas Eve, 2008. The Rockets sent Francis and a 2009 draft pick that Houston had previously received from the Grizzlies for a conditional pick in 2011. The move allows the Rockets to drop under the luxury tax threshold. They can sign another player, if desired[22] (Rockets signed Dikembe Mutombo on December 31, 2008).

On November of 2010, Steve signed with the Chinese team, Beijing Ducks. He averaged 0.5 points and 0.7 rebounds over four games, playing 14 minutes, before leaving the team in late December of that same year to return to the United States. 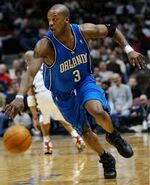