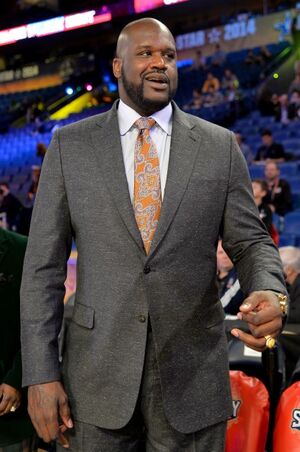 After 19 seasons of strapping up his sneakers, putting on his gym shorts, lumbering over everyone in the league, the 7 foot 1 inch, 325 pound Shaquille O'Neal has decided to call his career over. Shaquille played for six teams over the course of his NBA career, but is perhaps most well known for his years spent on the Orlando Magic and the Los Angeles Lakers where he won three consecutive championships alongside Kobe Bryant.

From rapping, from dunking, and from being an overall presence in the game - the NBA will not be the same without Shaq. Please share with us some of your favorite memories of Shaq.

Retrieved from "https://basketball.fandom.com/wiki/User_blog:Wagnike2/Shaq_Announces_Retirement?oldid=36691"
Community content is available under CC-BY-SA unless otherwise noted.